We had sad news one summer. There had been a sudden death in the extended family circle. A relative of Il Matrimonio’s. I had not met this lady personally, but it was untimely, unexpected and the circumstances deeply sad.

Prescience is not omniscience. Nothing like it. I’d been seeing the Tower card for some time without knowing why, a vague presentiment,  and had been holding myself slightly in readiness for unwelcome news.

The Tower denotes sudden events, they may be minor or major, and may range from the minor, a small fall, a flat tyre, a sudden rainstorm, to the major; a vehicle accident, a collapsed building,an explosion, an earthquake, a stroke.

But it may also be neutral and simply mean ‘Tuesday’.

The Tower card corresponds to Mars, god of war (but also justice) His counterpart in Norse Mythology is the god Tyr or Tew , who gives his name to Tuesday.

Tyr lost his hand in binding the great wolf Fenris, who otherwise threatened to devour the world.

Il Matrimonio asked me, and I asked the Tarot, testing out the timing, on what day of the week will V’s funeral be held?

I drew The Tower card and said to Il Matrimonio, ‘it looks like a Tuesday.’

Four days later we learned the funeral would be held on Tuesday 1 July.

Tarot and timing is notoriously tricky, but there are a number of ways of having a stab at predicting when a thing might happen using the cards.

Days of the Week 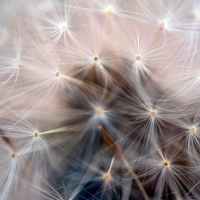