The use of astrology and other forms of divination is nothing new in politics. Over many centuries leaders and politicians, both in the West and East,  the most highly educated people of their times, and, notwithstanding progress and all the discoveries of science since, they would still be regarded as more generally and highly educated than many people even today, have used the services of astrologers in an advisory capacity.

This brings us to the question, why do people in general use such services?

Forecasting in an activity as old as humankind. It is about coping, control, risk assessment and preparation, and ultimately, survival. The human race has always exercised its wits in trying to sense the future, preparing to meet opportunities, challenges, or even downright threats.

But sometimes decisions need to be taken when we don’t have all the facts we ideally need. This is where an astrological or other divinatory perspective may offer a fresh view of the situation, and a sense of the options, the stakes and the odds.

“Astrology is like a weather report; it tells you what conditions you’re likely to face in the future. If the weatherman says it’s probably going to rain, you bring an umbrella. If you follow that advice, you won’t get wet.”– Lee Goldberg, Meteorologist

“Beware the Ides of March,” is a famous line from Shakespeare’s play ‘Julius Caesar,’ and is  associated  with 15 March, the date on which Julius Caesar was assassinated in 44 BC.

Below, The Emperor from the Legacy of the Divine Tarot deck. Looking very Julius Caesar, though Julius was never actually Emperor, despite lending his name to the later titles of Czar and Kaiser. The Emperor is the card of Aries the Ram, cardinal sign of spring and lambing season, authority, organizations, rulership, fire, daring, and fatherhood and all things masculine.

The truth: there was a bit more to it, but Shakespeare relied solely on Plutarch for his sources. A seer called Spurinna, a haruspex who read animal entrails as a system of divination, had examined the entrails of a bull on 15 February, and had read a bad omen there; some problem with the heart of the bull, we don’t know what exactly, whether it was malformed, or not quite where it should have been.

Spurinna, alarmed at the condition or ‘absence’ of the bull’s heart and possibly also by a few things he had heard, joined these dots and warned Caesar of a serious threat to his life during the coming 30 days, by or on The Ides (15 March)

Caesar heeded the warning and mostly stayed home for the next few weeks, partly because his wife Calpurnia was very worried. Spurinna had a good reputation for accuracy. Not only was he from Etruria, and Etruscan seers were highly regarded for their skill in divination, he was well connected with the elite of Rome, and had no doubt read the mood there.

Caesar was due to depart Rome again on the 18 March, on military campaign in Spain. The conspirators were running out of time.

But on the 15 March, he disregarded Calpurnia’s fears after a bad dream she had the previous night, and was persuaded to go to the Senate by a friend, Decimus, his closest friend or so he thought, but Decimus had aligned himself with the conspirators. Any betrayal by Brutus, with whom he had quite a mixed history, was nothing compared to the betrayal by Decimus.

On his way to the Portico of Pompey (Caesar’s former friend, ally, one time son in law and later enemy) where the assassins waited forewarned and ready, every eventuality planned for, Caesar passed the seer and joked, “The Ides of March are come,” and Spurinna is said to have replied “Aye, Caesar; but they are not gone.” Caesar here was referring back to the fact that on 15 February, Spurinna had warned him of a threat to his life during the next 30 days on or by the Ideas of March.

Caesar was no lamb to the slaughter. He was a soldier. He defended himself. Tried to escape. Tried to fight back and when he finally went down, touchingly, he covered his face with his robe, in an effort, it is thought, to preserve his privacy and dignity at the very end,or in the hope of avoiding facial mutilation.

The political consequences of this assassination were profound. Caesar’s death backfired on the conspirators, largely for big money reasons, and actually brought about the end of the Roman Republic, and the rise of the Emperors, the tragic irony here being, the assassins killed Caesar because they were afraid he was planning to overthrow the republic and become Emperor.

But could Caesar have avoided this fate?

This is the big question, one of those eternal questions, and of course we can never know. Astrologers today would argue our fate is not fixed, and that Caesar might have escaped, and thereby proven the seer wrong, if he had chosen to act on the warning, or “astrological intel,” as some astrologers describe it – astrological intelligence.

John Dee was a 16th century British mathematician, astronomer, geographer, and astrologer to Queen Elizabeth 1. He was briefly imprisoned at one time, on charges of sorcery during the reign of Mary 1 (“Bloody Mary”) but luckily for him, he had powerful friends and was released. and once Elizabeth became queen, he became her trusted astrological advisor and was appointed to choose an auspicious date for her coronation – an application of what is termed today event astrology electional astrology.

What ended the use of astrology as an accepted practice close to the centres of political power?

The Enlightenment during the 17th century brought new discoveries in astronomy, chiefly and most significantly that Copernicus was right, and the Earth went round the sun, and not the other way round, and they had imprisoned Galileo and burned Giordano Bruno for stating a fact, though in Bruno’s case he had gone rather further than this.

But this threw a new light on astrology, and brought its basis into question.

The German mathematician and astronomer Johannes Kepler, famed for his improvements to the telescope and his work on the laws of interplanetary motion, was also a renownedastrologer, and he urged fellow scientists not to ‘throw out any baby with the bathwater.’

They were forgetting or overlooking a key point; that western astrology is an arithmetic symbol system based on a vast, ancient collection of psychological and natural observations and data. Discoveries in astronomy changed the science, expanded its range but did not render this arithmetic model invalid.

But his warnings were not heeded. Astrology was now relegated by mainstream academia to the realm of mere superstition, where it largely languishes to this day, yet while thriving as a Humanities subject, with an MA in Cultural Astronomy and Astrology currently taught at the University of Wales

Meanwhile in China too, the disciplines of astrology and astronomy had drifted ever further apart, and the use of astrology in the Imperial courts was in decline by the end of Ming Dynasty (1368-1644 AD).

Politicians today are unlikely to admit employing the services of an astrologer, especially after the excitement of 1998 when the former White House Chief of Staff, Donald Regan, stated that Nancy Reagan used astrologers to help plan the president’s schedule of activities.

“Donald Regan, Reagan’s chief of staff until he was ousted amid the Iran-Contra scandal, spilled in his 1988 book, For The Record, what he viewed as “the most closely guarded domestic secret of the Reagan White House.” He wrote that “Virtually every major move and decision the Reagans made during my time as White House Chief of Staff was cleared in advance with a woman in San Francisco who drew up horoscopes to make certain that the planets were in a favorable alignment for the enterprise.”

Before long, the astrologer who was advising the White House was identified as Joan Quigley.

The New York Post ran a story with the headline, “Astrologer Runs The White House” and the disclosure became fodder for jokes in Washington. On Capitol Hill, Representative Tony Coelho, the Democratic whip from California, blamed astrology for Republicans backing out of a revised trade bill. “Maybe an astrologer is telling them to object today.” Speaker of the House Jim Wright shot back, “It’s all right with me. I’m glad he consults somebody.”

The Reagans denied this but Joan Quigley herself later wrote that she had been actively involved in activities involving the President’s international relations.

Perhaps they still do. Perhaps they don’t. Astrologers are publicly at least, consigned to the realms of entertainment, but at least they are free to practice their skills and publicly discuss their findings without fear of persecution, imprisonment or execution for heresy or sorcery, while politicians, like anyone else, can consult in private or access free astrological commentary and forecasts via a thriving online and other publishing market.

But politics aside, some might still be surprised to learn who today uses astrology, Tarot and other such services, not for entertainment, not for fortune telling, but for analysis and forecasting, for an extra inside track, using such readings as a sounding board, weighing the odds, exploring the most likely outcomes in respect of a choice from their range of available options.

But sometimes even luck can use a little help, if only to warn where the cracks are, or potholes on the road ahead.

2 thoughts on “The Ides of March and all that -Astrology, Prediction and Politics” 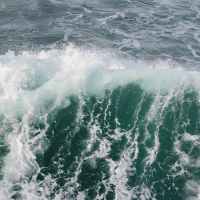 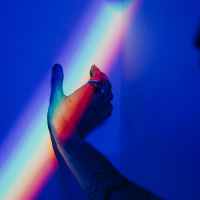 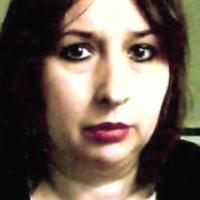