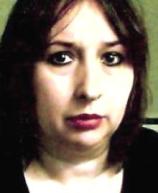 Has anyone ever foreseen a lottery win with the Tarot? Yes, you will find a link at the bottom of this post, but I haven’t, at least, not yet, for myself or anyone else.
Someone, a friend of a friend whom I don’t know, personally, messaged me via the friend to ask – light-heartedly, this was not a consultation- could I see him winning the Euro Millions Lottery?  A big win? Because if I couldn’t, he had apparently said, perhaps he wouldn’t bother to continue buying tickets.
Now, I might not have bothered, but this is a question I have often been asked about. Amongst some readers there is the superstition that this question should not be asked. I can see no ethical or karmic reason why not, so long as you don’t shoot the messenger when you don’t like the answer. Tarot reading is divination, not magic, though Tarot is sometimes used as a magical tool for trying to bring something about.
I understood the man’s question to refer to a BIG win, and I drew three cards,
The Devil Reversed,
the Lovers card, and
The King of Pentacles or Coins, drawn Reversed.
This was a counting spread where I counted to assess the probability of a yes answer.  In the spread I used each flanking card represents 25% and the centre card represents 50%.
The odds were therefore 50: 50 ie  the odds you would expect, BUT reading the card literally, and since the King of Pentacles suggests a money king, and he had come out upside-down, as seen below in this image from I think, the Radiant Tarot, a Rider-Waite based deck,  the odds reduced.
The final card is like turning over the last page in a storybook to get the ending.

I say what I see, no dissing the oracle, and my reply was therefore no, I did not see any significant lottery win, but I saw other good stuff. The Devil Reversed and The Lovers.
I sensed he had a passion about to be fulfilled, maybe to do with music or entertainments, then I learned he was a musician and amateur DJ.
The friend joked that now I was out of favour, telling him this bad news, (sigh, well this goes with the territory)
He asked, could a prediction not be overturned?
Another possible response might have been to say, oh bah. Well,  that chimes with my gut, and that’s a few quid saved on buying tickets. But the risk in asking oracles anything, is that you might not like the answer, so the bargain is, not to shoot the messenger should you not win the Tarot Lottery of hearing what you long to hear.
The Emperor Tiberius used to ‘shoot’ his messengers. He had his soothsayers hurled off the cliff tops on Capri, if he did not like their sooth-ing, except for one called Thrasyllus who made him laugh by sooth-ing that he could feel his life was in danger at that very moment. And indeed it was, but Tiberius was so tickled he decided to let him off.  I can’t help feeling, that their terror in reading for Tiberius is not likely to have increased their accuracy.
But, in answer to his question, yes, it might be that a prediction can be overturned.  The future is subject to change, apart from the certainty of physical death, and readers can misconstrue the cards.  I offer forecasts, not predictions.
What’s the difference? A forecast is a sniffing of the air, sensing prevailing and coming weather, an intuiting of trends, and a qualified reckoning of odds, unlike predictions which make flat statements about the future as if it is a done deal.
Therefore, to the friend asking whether my forecast that he will not win the Euro Millions Lottery can be overturned, I’d only say, I see it’s a ‘no’ by all means, chance your arm if you feel you can afford to. You can’t win if you don’t buy tickets (remembering that the original question was, did I see a big win, because if I didn’t, he might not bother to buy tickets.)
What were the chances of him overturning my forecast?
I  drew positive cards, but no actual money card.  This did not imply future poverty to come, but was a symbolic with-holding of that particular jackpot. The question as stated is the context to stick with.
Hope as they say, springs eternal, and I for one, am not knocking it. There is ALWAYS the chance of the wild card. And that card is the Wheel of Fortune, as illustrated in this newspaper story.
I told him he had good news coming. Not a Lottery win but a lucky break.
His good news was not long in coming. The tarot had given  a 50:50 answer for its own good reasons, not just to do with the laws of chance, because in a sense he DID woin the lottery.
A few weeks after this he was made DJ of his very own radio programme.
How about that for a jackpot. AND he had earned it.
Till next time 🙂
And take a look at this news item below:
Lottery winner ‘saw it’ in Tarot 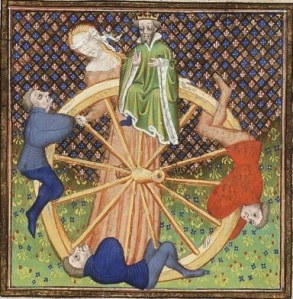 One thought on “Tarot Lotto”