Carl Jung speculated that the Tarot works according to the principle of ‘synchronicity’- that psychic insights are triggered  by apparently random and yet meaningful co-incidence, which he thought might be explained by Quantum Mechanics. 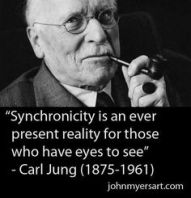 In a recent reading, the focus was the clients job, and I drew the King of Pentacles or Coins.

Image below is from The Gilded Tarot  by kind permission of Ciro Marchetti. 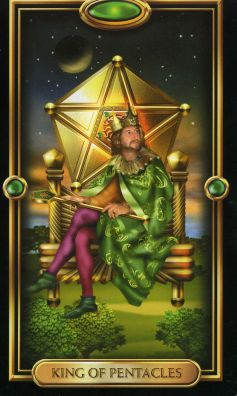 This Tarot king represents a man who is patient, kind, industrious. He is the salt of the earth. I said to the client that I thought he was a manager, and the work was practical in nature but also involved communication. It demanded precision or the ‘thing’ wouldn’t work but I didn’t ‘see’ as yet see what his job might actually be.

‘I might get at it though,’ I said, ‘now that my computer is talking directly to your computer.’

What I meant by that was, I felt we were on the same wavelength.

‘But that IS my job! I  work for the government. That’s what I do…I make computers talk to other computers.’

Now that is typical  of the Tarot.

Tarot and Astrology Art for the Architecture of Your Well-Being

Anne Whitaker's astrology archive...do drop by and have a browse...