Video demonstration of the artwork:

What would be the outcome for each of these candidates? Earlier in the contest I had noticed that Rishi Sunak had drawn more consistently stable cards, although I was being shown an Empress,’ and at that time Penny Mordaunt and Kemi Badenoch were still in the running.

Outcome for Rishi Sunak as shown by the 8 Cups: Disappointment, walking away from a situation in which many hopes were invested. But the door did not open. Off to explore new horizons.

Outcome for Liz Truss as shown by The Queen of Pentacles; Capricorn, banks, economy, money, a shrewd, pragmatic woman.

If Liz Truss is selected, as indicated by these two cards, then this card says that it is on an economy ‘ticket’.

Capricorn is also the zodiac sign of Russia. Its dates correlate with midwinter when energy shortages are projected to create problems in the UK, specifically supplies of Liquid Natural Gas, with problems projected to peak around 4 January.

As ever, only time will tell, though Liz Truss is currently the favourite to win and seeming almost a dead cert, cards or no cards. I do know this reading is not a projection of personal wishful thinking in terms of one candidate or the other. I think they are both very capable people, but do not see stature demanded by these exceptionally precarious times, and I feel deeply ambivalent, flat and discouraged about the whole situation, and the way it has come about.

Liz Truss is actually a Leo subject, while Rishi Sunak is a Taurus subject. The Queen of Capricorn is not therefore an astrological identifier for Liz Truss, but should she prove to manifest these archetypal qualities – well, you can see, this Queen is no pushover.

Queen Capricorn can appear cool, remote, rigid, intransigent, occasionally awkward. She is diligent, dutiful, and while that is important, it is not nearly enough for a Prime Minister. But she is nobody’s fool and can prove surprisingly and unexpectedly nimble, agile and sure footed. Whoever is the next PM will need vision, agility, rigour. And a rear view mirror. 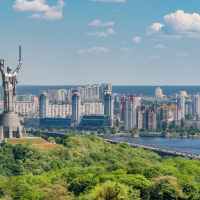